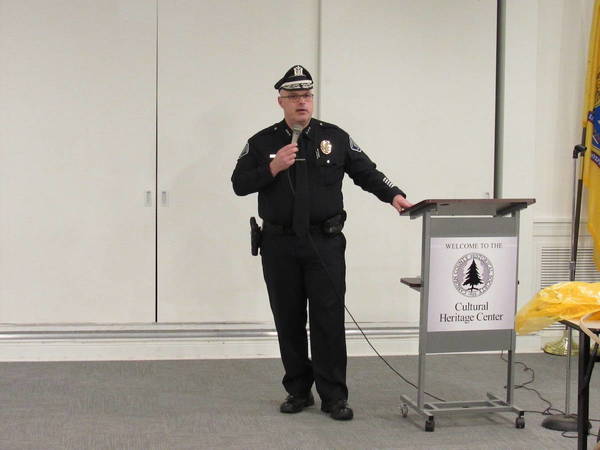 CAMDEN, NJ — Outgoing Camden County Police Chief Joe Wysocki, who will retire at the end of this year, extolled a series of policies put forth by Attorney's General Gurbir Grewal on Monday to better tackle use of force by 38,000 law enforcement officers throughout the state.

The Camden County Police Department (CCPD), an early adopter of this type of approach to community policing, gained national attention earlier this year for their work in building relationships locally to better serve residents.

“The Camden County Police Department seeks to establish policy and practices that are progressive in nature and representative of a contemporary policing culture,” Wysocki said. “We fully support the implementation of the New Jersey Office of the Attorney General Use of Force Policy, which promotes and codifies modern-day law enforcement ethos and ideals, anchored in the sanctity of human life.”

The policies (broken down below) represents the first overhaul to Grewal's “Use of Force Policy” in 20 years.

“We are committed to making New Jersey a national leader in policing reform, and today’s actions deliver on that promise,” said Grewal in a statement. “We are building on the important work already underway in the state’s best police departments and establishing a new standard of excellence across the Garden State. But today’s changes are about more than just reducing unnecessary use of force by law enforcement. We are also restoring the public’s trust in the work we do—which, in the long run, makes law enforcement more effective and everyone safer.”

Among the changes will be to strictly forbid deadly force against civilians “including chokeholds and strikes to the head or neck” unless used as a last result when the actions will protect the officer or another person from imminent danger of death or serious injury.

Such force was used in the killing of George Floyd earlier this year – a tragedy that sparked protests around the world including Camden.

If an officer is engaging in illegal or excessive force against a civilian, the revised policy states, officers of any rank or title will have a “duty to intervene.”

“Today is another major step toward addressing the gap in trust between law enforcement and the communities they serve — drawing on the best practices of police departments across the nation and the urgent priorities of reform advocates to implement a uniform use of force policy for every officer in New Jersey,” said Gov. Phil Murphy. “

Other use of force revisions will include (courtesy of Grewal's office):

To ensure the policies will be complied with the following will also take effect (courtesy of Grewal's office):