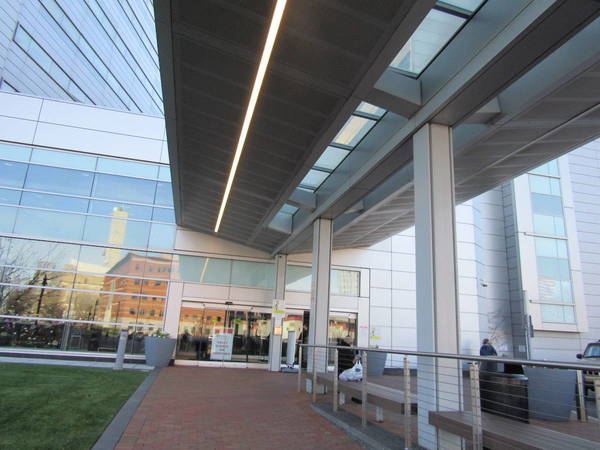 CAMDEN, NJ– Hospitals in New Jersey will have the ability to keep their non-profit status as long as they make a yearly contribution to their towns, under a brand-new law signed by Gov. Phil Murphy recently.

It follows a Tax Court of New Jersey ruling in 2015 subjected Morristown Medical Center to pay property taxes, running as a for-profit healthcare facility. The ruling ended with both sides choosing an arrangement that will need the healthcare facility to pay its community more than $15 million over a 10-year span.

The new legislation will develop annual social work contributions to balance out the costs of public security, such as local cops and fire departments in the towns.

The costs signed into law overturns prior legislation that excused non-profit health centers. Critics, particularly in dense cities, have long stated contributions made by health center networks should be made necessary.

According toErnst & & Young, tax income passed up due to the tax-exempt status of non-profit medical facility in 2016 was $9 billion.

“Cooper has actually supported the City of Camden in various ways including offering jobs, community health programs, and leading revitalization efforts. Cooper supported encapsulating into law that medical facilities should support their local communities as Cooper has in Camden for more than 130 years,” Cooper representative Wendy Marano told TAPinto Camden in a statement.

Marano stated Cooper Hospital, which likewise runs an adjoining foundation in the region, will contribute approximately $700,000 to Camden under the legislation. Virtua did not right away respond for comment nor offer the quantity their network will offer yearly.

Vincent Basara, city spokesperson, also did not have the specific amount however kept in mind that over the years Cooper, Virtua Our Lady of Lourdes Hospital and Virtua Health, “have been incredible neighborhood partners.”

“Cooper particularly has actually been an anchor organization for generations and amazing in regards to outreach to the neighborhood and its numerous philanthropic initiatives right here in Camden,” Basara said. “We are happy to see Governor Murphy formalize through legislation what has actually already been taking place here in Camden. The healthcare facilities here in Camden are quality organizations. They have been particularly generous throughout the hard COVID-19 pandemic, providing complimentary social work and resources throughout the health crisis.”

The brand-new law needs non-profit health centers to pay the municipality in which they are located $3 daily for each medical facility bed and $300 each day for each satellite emergency situation care facility, based on the previous year's tally of beds and centers. Costs would increase 2% annually to cover inflationary costs. The town would be required to share 5% of the payment with the county federal government.

“This law is the best service to permit our health centers and towns to progress together in pursuit of good health for New Jersey neighborhoods,” Bennett said. “Thank you to Gov. Murphy, Speaker Coughlin, Sen. Sarlo, Sen. Cryan and Sen. Vitale for their leadership in producing a resolution to more than 5 years of lawsuits and uncertainty for the state's not-for-profit health centers and their host municipalities.”

The law also establishes a long-term commission called the “Nonprofit Hospital Community Service Contribution Study Commission” to study the system created under the law. The commission will provide reports every 3 years to the governor and legislature.

Pre-existing financial contracts between medical facilities and towns will remain in force until expiration of those agreements.

Sarlo (D-Bergen/Passaic) said he thinks the law will reinforce the relationships between hospitals and their communities.

“Hospitals provide a substantial economic benefit to their neighborhoods through healthcare tasks and services. Equally as essential, they are a significant presence in the neighborhood from donating to local charities and companies to sponsoring local occasions,” noted Singleton (D-Burlington). “This community presence and kindness is bolstered by their non-profit status. Continuing to protect this status, as laid out in the expense, will make sure these healthcare facilities stay major civic benefactors.”