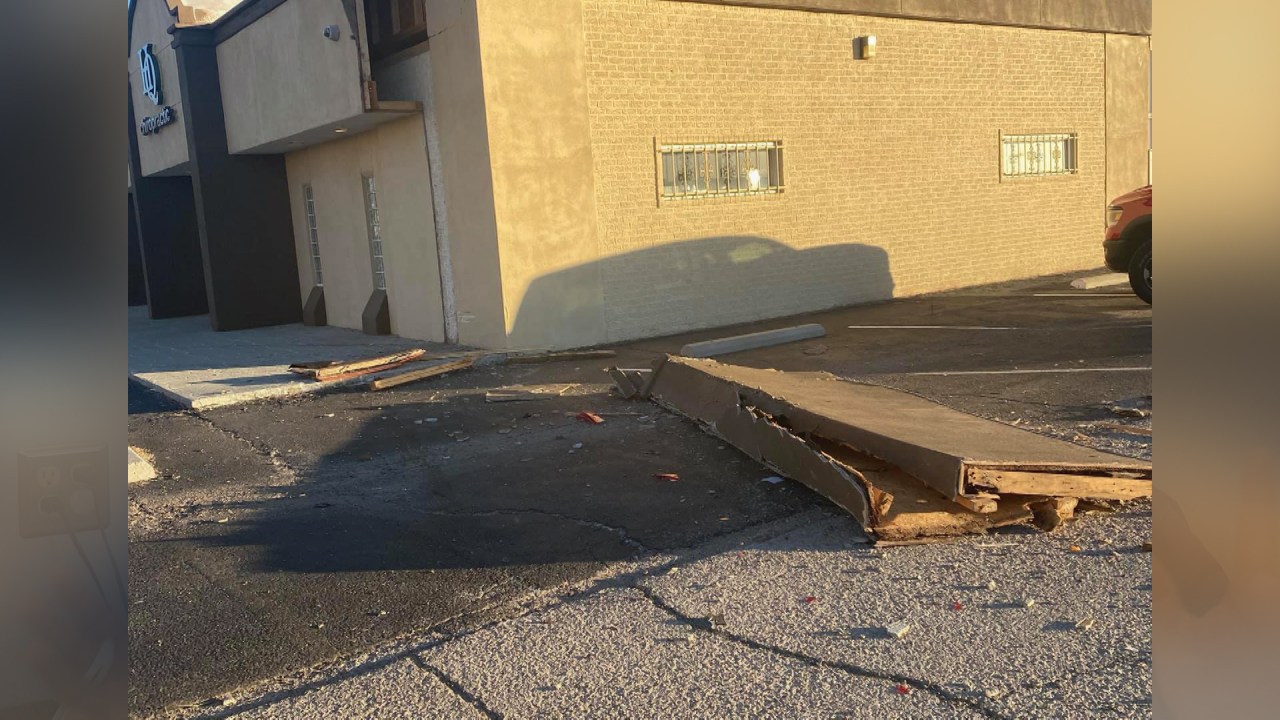 ODESSA, Texas (ABC Big 2/Fox 24) – A local chiropractor had a scary moment. A car slammed into his Odessa office building after a pursuit over the weekend.

There was a lot of damage done to the building at HQ Chiropractic in Odessa but the owner is just glad nobody got hurt.

“You’ll see other police officers in the background there chasing somebody,” said Dr. Benjamin Quiroz, as he watched surveillance footage of the accident.

When Dr. Quiroz arrived to work on Monday morning, he noticed something very unusual.

“It was a whole bunch of debris and all of our facade looked like it had fallen over or something,” said Quiroz. “Some damage was done over the weekend.”

The surveillance cameras at Quiroz’s office showed a car slamming into the front of the building early Sunday morning.

“It turns out that it was the DPS that were on a high-speed chase down 42nd and they left a little ticket in our mailbox and that’s about it. That’s about all I know,” said Quiroz.

While the car wreck caused major damage to the outside of the building, Quiroz said it could of been a lot worse.

“It could have been during the middle of the day when 42nd is full of traffic. This is a residential street. There’s a lot of residential cars that come through here and they really could have. You know car wrecks kill people,” said Quiroz.

Despite the damage, Quiroz is still able to work in his building. He has some advice for others.

Dr. Quiroz said the cost to fix all of the damage to his building will be around $30,000.