$155K Expected for Camden Code Blue Warming Centers. But Will It Be Enough? – TAPinto.net 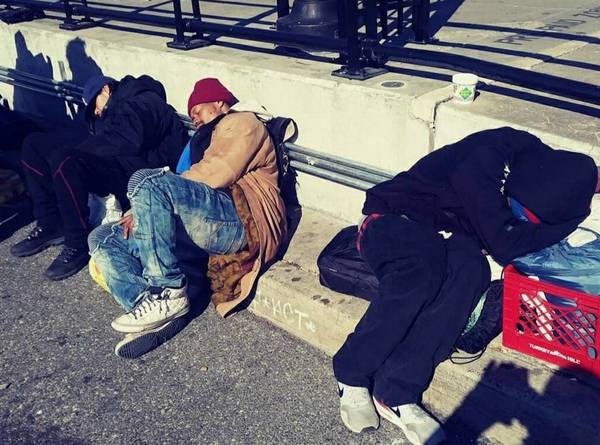 CAMDEN, NJ — Camden is expected to receive $155,000 from the New Jersey Division of Family Development to help improve the city's Code Blue services.

The services are needed on frigid nights when it’s too dangerous for the homeless to be outdoors.

The funds are part of $170,000 earmarked to Camden County. The remaining $15,000 would go to the South Jersey Transportation Authority to provide transport to various warming centers during Code Blue emergencies.

Keeping the shelters up and running has been a challenge during the COVID-19 pandemic.

Advocates say even if the money were to be approved it doesn’t solve the issue for people needing somewhere warm during the day. Warming centers typically operate overnight from about 8 p.m. to 7:30 a.m.

“If these people had day warming facilities to access they wouldn't be on the ground, they wouldn't be using the bathroom outside,” Gary Samuels, an advocate in the city, told TAPinto Camden. “There is a HUGE difference between Code Blue warming centers and DAYTIME WARMING CENTERS.”

“That early, at 7:30, at 8 in the morning, it’s still freezing. It’s not the humane thing to do for them to have to go out,” added Pastor Amir Khan, noting that he feared people may risk death by trying to overcome the cold temperatures.

Khan, who provides showers and food to the homeless through his local organization New Beginnings, said he’s wary that it remains unclear how the $155,000 will be used.

Council members pushed forward an agreement to allocate the funds during the first City Council meeting of the year earlier this month. Next the funds are likely to be approved during Thursday’s Camden County Commissioners meeting – before a state review takes place.

However, Vincent Basra, the city spokesman, said he estimates that at least a third of the funds have already been spent. Since last fall, the city began working to bring relief to homeless, he shared, but had to use money from the city's general fund.

“This would mean we’re reimbursing cost to the general fund therefore taxpayers will not be burdened on that expense and money can be re-programmed to other services,” Basara said over the phone.

With the money already used Basara said Camden has established the Isabel Miller Community Center (capacity of 25), New Life Community Development Corporation (capacity of 18) and a warming center at 608 Broadway (capacity of 25). The number of individuals allowed in is limited due to health protocols.

Basara said how future funds will be applied remains in flux due to variables like the number of Code Blues triggered between now and spring, as well as the coronavirus-related costs (like face masks, other PPE and staffing).

Still, all the funds will likely be used and a fourth warming center is expected to come online at some point.

Basara said there have been no capacity issues during Code Blues in Camden thus far.

A point both Khan and Samuels say they are dubious about.

As of this report, one of the three warming centers referenced is listed on the county website.

Khan commented on the notion that due to its range of social services, Camden can sometimes draw many people from even outside the city to seek services and thus become overwhelmed.

“Regardless, they are all God’s children. Some are dealing with drug addiction and drug addiction doesn’t see race. We have to help people in our community, it’s our responsibility,” Khan said.